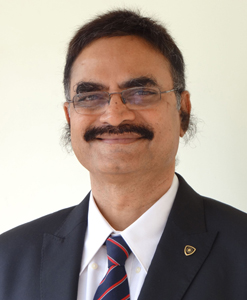 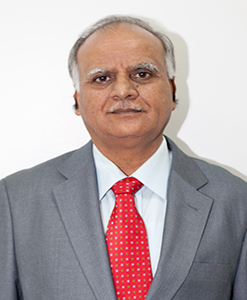 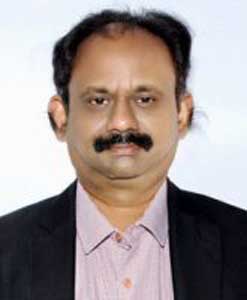 Er. Koneru Satyanarayana B.E (Electronics Engineering) from BMS Engg. College Bangalore and a Philanthropist and Educational Entrepreneur, since 1980, having 40 years of experience in educational institutional management and leadership.

Prof. K.S. Jagannatha Rao was one of the leading scientists in neuroscience research in globe

He was the Director on Institute for Scientific Research and Technological Advances (INDICASAT AIP), Republic Panama and contributed lot in building innovation in higher education and research in Panama since 2010.

Dr. Rao is on the editorial Board of 25 journals. Dr. Rao got national and international recognitions for the work done in India.

Advisory Board Member of Jai Research

He graduated in B.Tech (ECE) from Acharya Nagarjuna University, pursued M.S degree from BITS, PILANI in software Systems. He received Ph.D award from Acharya Nagarjuna University. He held the positions like HOD, Joint Register, Principal, and Dean-Academics before becoming Pro-Vice Chancellor. He was core member of all NBA, NAAC, & other accreditations since 2004 and he has good experience in handling of quality issues and assessment related practices.

He is highly skilled at harmonious relationship building with management, faculty and stakeholdersof the University with great satisfaction.He was a member ofBoard of Management, Academic Council, Planning and Monitoring Board, Finance Committee, University Research Board and other important bodies in the institution.

He had published 50+ research articles in SCI and SCOPUS indexed journals, with high citation index. He organised and attended 50+Conferences/Workshops. He served as a Secretory (Vijayawada) section of IETE

Prof. A.JAGADEESH is an eminent Academician, renowned researcher and a great administrator. He has got a diversified experiences in different capacities like Principal, Director, Chief Coordinating Officer etc. He pursued his B. Tech. from REC, Warangal followed by ME from DAVV, Indore. He has done his Ph.D. from Pt RSU, Raipur in the field of Mechanical Engineering (Robotics). He is having almost a decade of industry experience also as an Engineer. He has around 50 research publications in SCI and SCOPUS indexed journals to his credit and received many awards and recognitions from various professional societies.

Prof. G P S Varma’s former positions of significance include Pro Vice Chancellor, the CEO of Centre for Innovation Incubation Entrepreneurship (CIIE), Former Director University Development, and Former CEO-TBI &CIIEatKL University. He has assumed the position of Principal both at CBIT, Hyderabad and SRKR College of Engineering, Bhimavaram fostering the institutes’ image constantly towards a fission like effect of sophistication and innovation.In the capacity ofBoard Member of IUCEE (Indo US Collaboration for Engineering Education), Board Member of GEDC(Global Engineering Deans Council), Membership Chair of ASEE (American Society for Engineering Education) Indian Chapter, Executive Body Member for Andhra Pradesh Private Engineering Colleges Managements Association(APPECMA) and Former Board Member for Storage Area Networks Industrial Association,the visionary professor advanced the unrelenting commitment to excellence in teaching, research, and public service and fostered significant collaborations across the globe.He has received Top 100 Educators 2015 award by International Biographical Centre, Cambridge, England. He has been honoured with 2000 outstanding Intellectuals of the 21st Century medal by International Biographical Centre, Cambridge, England.Received Best Researcher Award from Jawaharlal Nehru Technological University Kakinada (JNTUK), Kakinada in 2018.Best Teacher Award by AdikaviNannaya University for the year 2015-16 for outstanding achievement in Education. Teacher’s Excellence Award 2015 by Confederation of Education Excellence (CEE) New Delhi, Shiksha Gaurav Puraskar 2015 by (CEGR) Centre for Education Growth and Research India International Centre, New Delhi and Indira Gandhi National Award.Umpteen strategic society related activities initiated by him have been documented in Limca Book of Records three times, Wonder Book of Records, Unique World Records and Telugu Book of Records. He is one of the Resource Persons for “LAKSHYAM” Program in ETV Andhra Pradesh/ETV2 on Technical Education.During his pristine career, he held visiting delegations at universities in Israel, USA, Germany, Switzerland, Norway, Poland, Austria, Dubai, and China to submit a report on how to enhance the quality of education as per the Indian senario.Few such precious ultra-professional and academic envoys have been listed here.

© Copyright 2022 by K L Deemed to be University. All Rights Reserved.