KL was awarded the Best Educational Institue in Engineering under Asian Education Leadership Awards -2012 which was held at Dubai on 25th September, 2012. 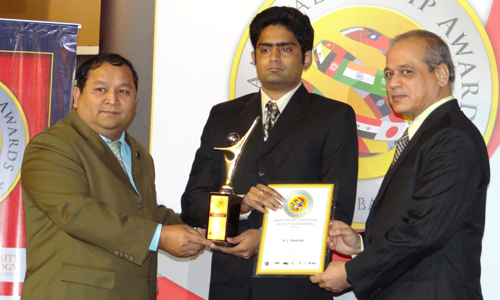 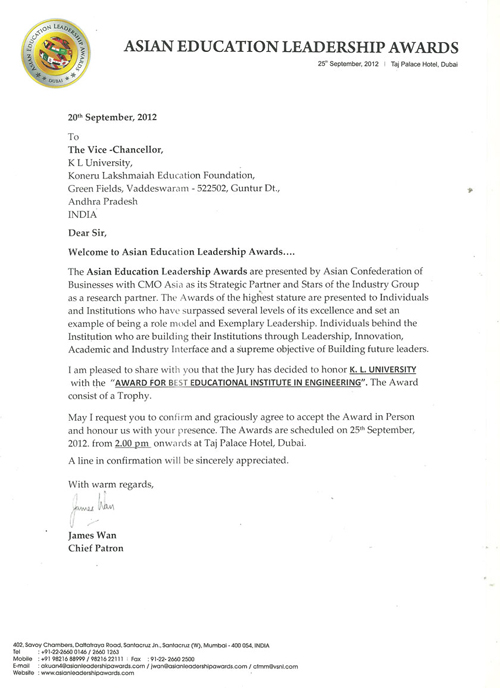 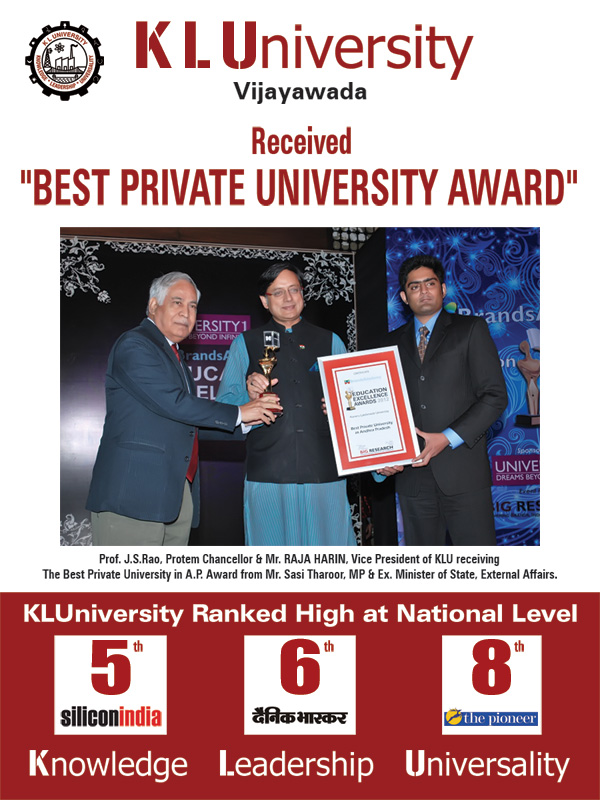