Two of our CSE students secured II prize in the CSI-3rd National Project Contest on All India basis. 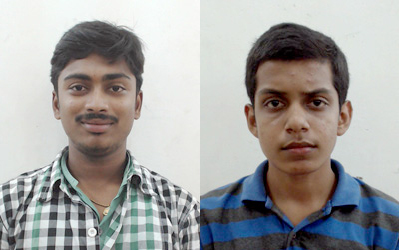 We are happy to inform that two teams from the Department of CSE have participated in the CSI-3rd National Project Contest held at Maharashtra Institute of Technology (MIT), Pune on 22nd March, 2014 and one of our team from II/IV B.Tech. (CSE) consisting of Mr.M. Momin Pasha (12003333) and Mr.Y. Sai Srinivas (12003506) got II prize in the final contest in all India Level basis.