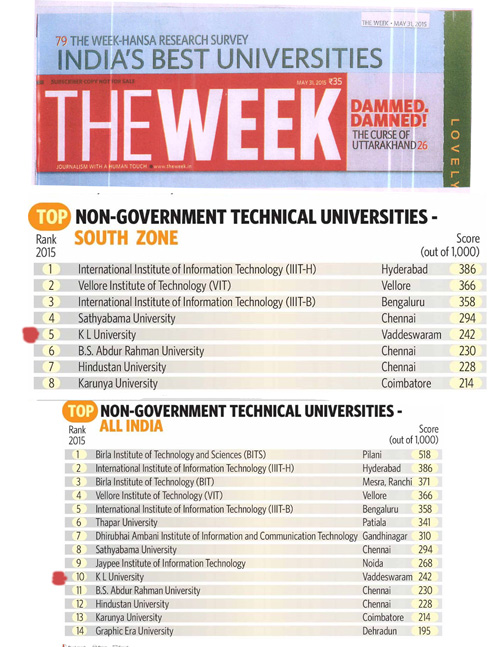 THE WEEK-Hansa Research Best Universities Survey 2015 was conducted by collecting factual information from more than 500 leading universities in India. This was followed by asking 226 academic experts, across 20 cities, to nominate and rank top universities. Subsequently, eight qualitative in-depth interviews were done among these experts to validate the collected data and to provide the rationale for the rankings.

The perceptual score of a participating university was calculated on the basis of the views of the experts. The data submitted by the university and data collected from secondary sources regarding various parameters, including infrastructure, research and placements, were used to calculate its factual score.

By combining the perceptual and the factual scores, the composite score was calculated, which determined the final rank.


© Copyright 2019 by K L Deemed to be University. All Rights Reserved.